The first Crewe Post Office (not at the station) had opened in 1843.

Illustrated below is a Crewe Station duplex postmark of 1872 (all postmarks illustrated here are computer enhanced to make them clearly identifiable): 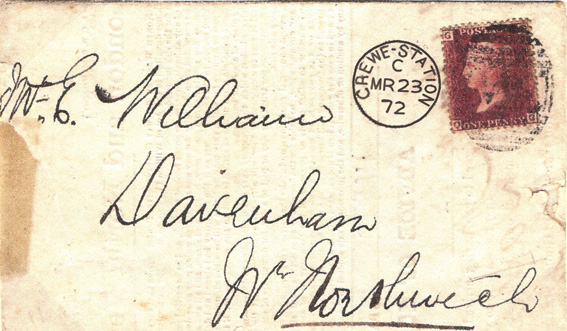 In the 1890s, there was a public demand for postmarks to incorporate a time of posting. In 1893 a coded time system was created for use in postmarks:

The postmark would include an hour code (to show the hour at which the item was posted) followed by a minutes code (to show how many minutes past the hour). This combined code was to be followed by a ‘dotted X’ (which simply separated the two codes from what followed) and either an A or a P (to indicate am or pm). Officially, the coded time system was phased out in 1895 and replaced by a time in clear system (viz. the actual time in numbers), but some post offices retained the coded time system until the 1900s.

Illustrated below is a Crewe Station double circle postmark (with the time shown according to the coded time system) used in 1896 on a postcard sent to Carlisle: 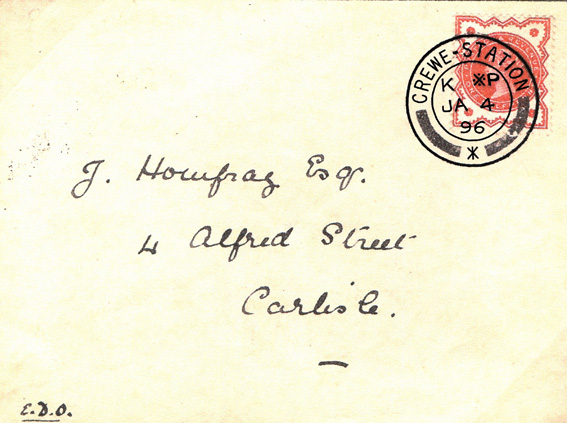 In the illustration below we see a postcard dated 1906, with a Crewe Station double-circle postmark showing the time in clear: 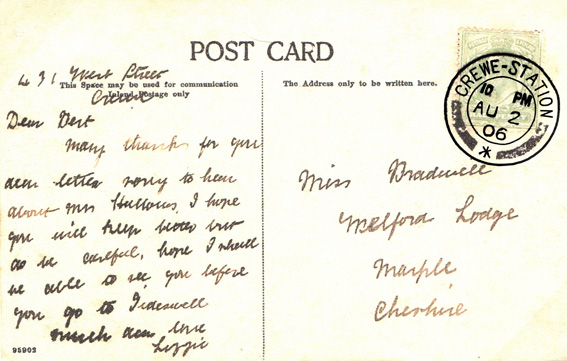 Here is another variety of Crewe Station double-ring postmarks. On this example the cross bars at the bottom have been replaced with a plain number I. 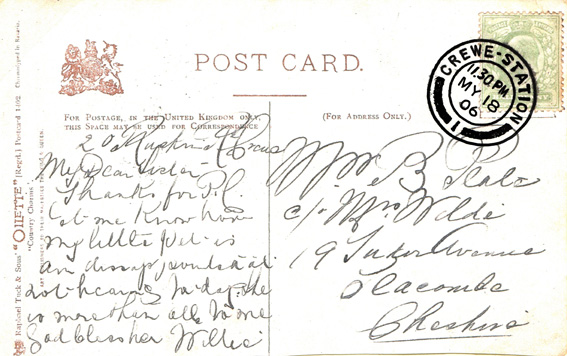 Only one variety of squared circle postmark is known to have been used at Crewe, and this had a number 3 in the bottom right corner: 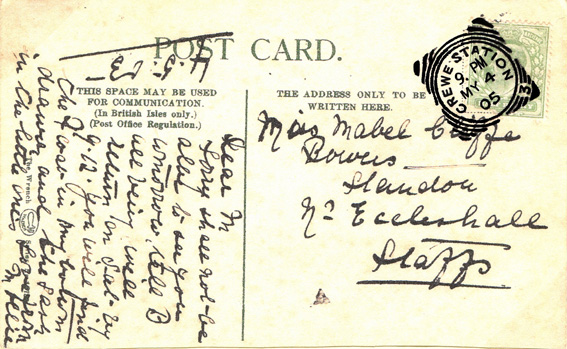 Postmarks on Parcels at Crewe

Crewe Station Office also handled parcels. Such parcels often carried a label to which Post Office postage stamps were affixed. These stamps (such as the Queen Victoria 6d stamp below) were sometimes cancelled with a plain undated handstamp:

From 1855 onwards, Railway companies also issued their own parcel stamps etc. The illustration below shows a strip of three nine-penny (9D) London & North Western Railway stamps cancelled (in mauve) at Crewe Station in 1909. Such cancellations were often unclear.