Most types of postmarks were used at Railway Sub Offices, and some examples are listed below. 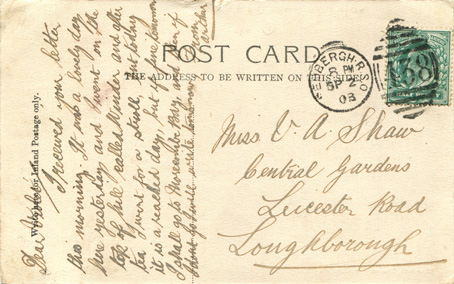 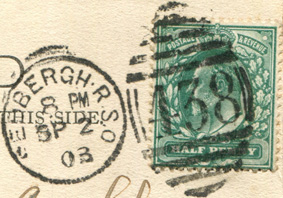 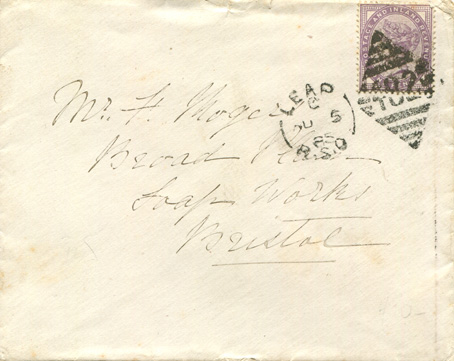 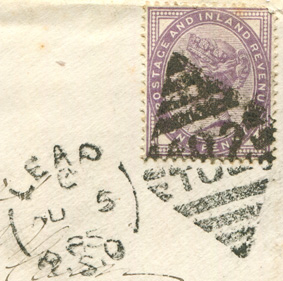 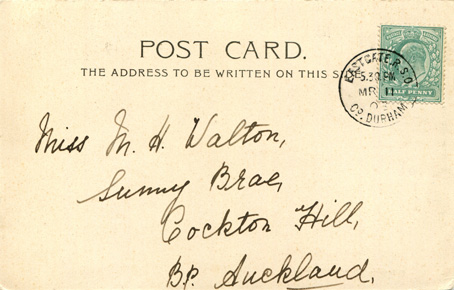 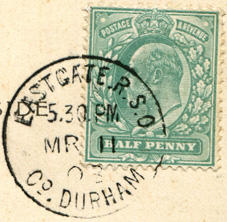 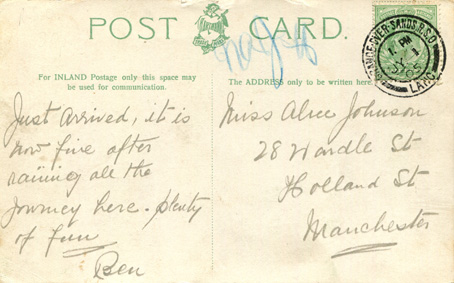 As at all post offices, the normal handstamps used at RSOs became worn or damaged over time. They would then be sent away for repair or refurbishment. The office would be provided with a temporary Skeleton handstamp, which it would use until it got back the repaired handstamp. Such handstamps were called skeleton because they consisted of little more than a framework into which various letter and number slugs could be inserted (rather like in a child’s printing set). Here is an example of a skeleton handstamp used at St Martin R S O / Cornwall on 16 March 1905. (recorded used   17.3.1905 – 28.4.1906) 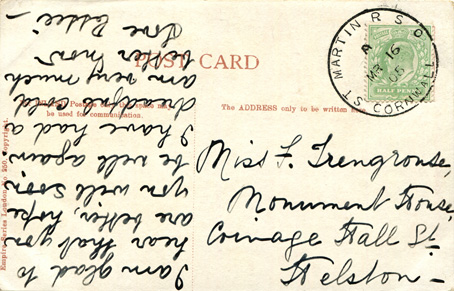 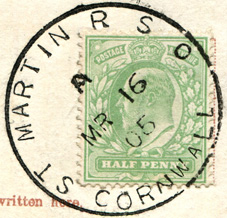 Rubber handstamps were intended for use on fragile items. However, quite a few such stamps are known on the small postcards which had pre-printed postage stamps attached. Rubber stamp examples from RSOs are very scarce … there are 17 such stamps recorded in Proof Books for offices in County Durham, but only one of these has ever been recorded used. Here is an RSO rubber stamp example used at Easthope / Much Wenlock RSO on 22 July 1905 – though the postmark is not as clear as we would like! (recorded used   22.7.1905 – 21.9.1905) 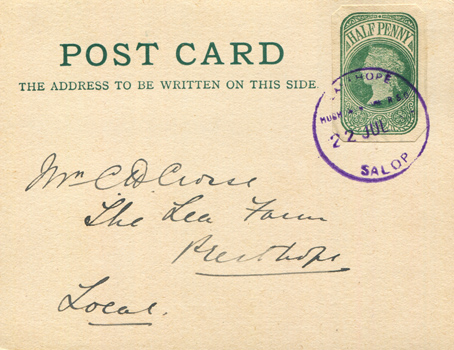 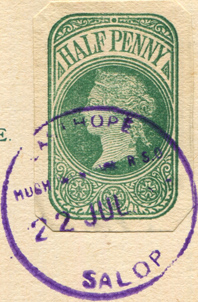 CLICK HERE to continue to:   Page 3 – The Postal Addresses of RSOs