Many railway postmarks of the late 19th and early 20th centuries included the text R.S.O. This study is presented over a number of pages (with many illustrations) and aims explain the various ways in which the initials R.S.O. were used, and to explain the postmarks themselves.

A Head Post office is usually the main post office in a town or city. A sub post office is one which serves outlying areas but does not necessarily provide a full range of services. Sub offices are normally responsible to a Head Office.

Most sub post offices collected mail locally, bagged it, and sent the unsorted bags to their Head Offices to be sorted. They also received incoming bags of sorted mail from their Head offices for delivery in their local area.

What was a Railway Sub Office?

R.S.O. stands for Railway Sub Office. Such sub-offices collected mail locally, bagged it, but (unlike ‘normal’ sub-offices) did not send it to their Head Offices. Instead, the mail bags from an RSO were sent to a specified railway station to be picked up by the appropriate Travelling Post Office (TPO). Conversely, bags of mail sorted on a TPO and destined for eventual delivery from a particular RSO were dropped off at the nearest railway station and taken directly to that RSO (and not taken first to the Head Office).

When did Railway Sub Offices come into being?

The creation of RSOs was a fairly obvious time-saving procedure. Why waste time carting unsorted mail bags to a Head Office if they are subsequently just going to be passed on unsorted to a TPO? Why not just take them directly to the TPO? Of course, there were record keeping changes to be made as a result of this new procedure … but that’s another story. 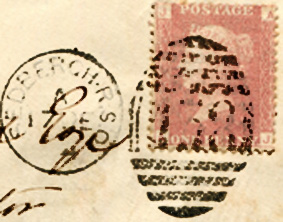 By the turn of the century there were at least 2,200 such offices in operation. However, very few of the early RSOs had the text R.S.O. in their handstamps. Before the so-called Golden Age of Postcards in the 1890s, RSO postmarks which actually contained the text R.S.O. are quite scarce. RSOs which did not have ‘RSO’ in their handstamps can only be identified by other means (such as having ‘RSO’ in the address on various types of office stationery).

You will no doubt come across lots of examples of RSO postmarks, but the vast majority of these were issued in a relatively short period of time from 1901 to 1905. There are many variations of RSO postmarks, and they are much sought after.

The Abolition of the Railway Sub Office

As road transport became more competitive, the benefits gained by sending mail from sub-offices directly to TPOs decreased. Advances in road transport coupled with better metalled roads eventually nullified the benefits of RSOs, and it became easier to transport mail to smaller offices by road than by rail. On 1 August 1905 all former Railway Sub Offices were re-designated simply as ordinary offices or sub-offices. 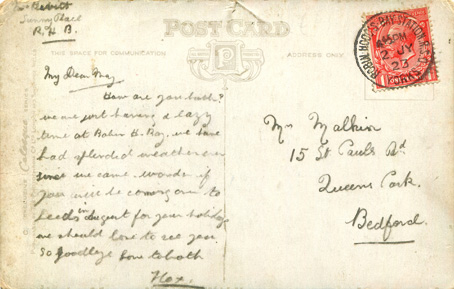 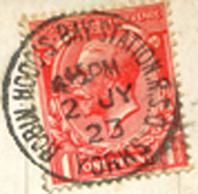 Obviously, this situation could not go on for ever. All cancellers would become worn or damaged over a period of use. If a canceller was beyond repair, the office would be issued with a newly cut canceller which omitted the text R.S.O. altogether. However, if a canceller could be repaired, it was normal practice to make the repair but to cut the R. (from R.S.O.) out of the stamp and either leave the gap blank or insert a dash (–) in it. Here is an example from which shows the R replaced with a dash (–) at BIRTLEY – S.O. /Co Durham and dated 16 February 1916.
(recorded used 16.2.1916 – 25.7.1918): 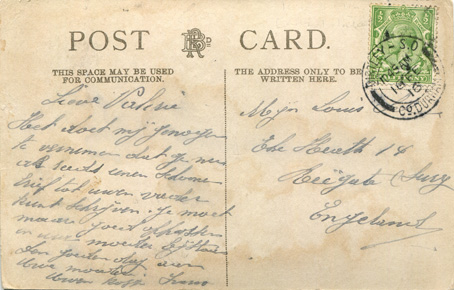 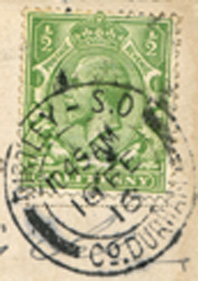 CLICK HERE to continue to:   Page 2 (Types of Postmarks known to have been used at RSOs)

(If you opened this page from the Postmarks of Railway Sub Offices page, you can if you wish just close this window to return to where you were.)